Only in the US

The American life seen through the eyes of an expat

Archive for the tag “Society” 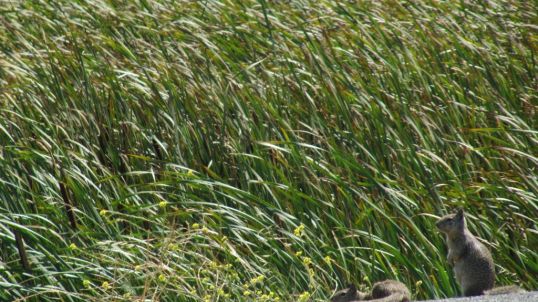 Son of a Gun

Recently, there was an article floating around the web about a young mother who shot dead a home intruder in order to protect herself and her new-born baby. The story was particularly touching not only because the attempted burglary took place on New Year’s Eve, but also because her husband had just died of cancer a week earlier. In addition, a recording of the lady’s conversation with the police dispatcher was published, in which she asked for permission to shoot the offender. The reactions from the public about her heroic deed were quite predictable: she received praise and admiration for her bravery. I agree. Who, after all, could deny a single mother the right to defend herself and her family in her own house? The thing is that this event sparked yet a new wave of triumph for the supporters of the NRA, the National Rifle Association, which is especially popular with right-winged Republicans in this country.

In the United States, the right to own a gun is anchored in the constitution. The Second Amendment states: “A well regulated Militia, being necessary to the security of a free State, the right of the people to keep and bear Arms, shall not be infringed.” Personally, I find it questionable how the need of a  “Militia” back then translates to private gun ownership in our time, but that is another matter.

Hence, compared to other countries around the world, traditionally a relatively large part of the population owns guns–officially for recreational purposes, such as hunting, but also for self defense. Firearms are therefore widely and easily available. During the holiday season, we got flyers to our house advertising for great Christmas deals on shotguns and semi-automatics.  Wouldn’t you appreciate a Benelli R1 under the tree? Boxes of ammunition are available at Walmart. I wonder if you actually have to show your I.D. to buy them as is the case for the purchase of a bottle of beer.

But if firearms are really carried for the above mentioned reasons, why would one require to have a whole bunch of them? And why is it necessary to have “elephant killers”? Who shoots deer with a machine gun? And wouldn’t a small pistol to the job if ever needed in self defense?

What happens if the weapons land in the wrong hands, as it does ever so often? There are so many acts of violence including firearms, like in nearby Oakland from which shootings are reported almost on a daily basis in the evening news. This does not only result in the obvious dangers, such as the risk of getting hurt, but it also has a very disturbing effect on the police.

American cops have quite a reputation of being rough and even brutal. It is not surprising, though, is it? Who would not get jittery and have a nervous finger on the trigger if they suspected every driver they pull over to point a gun at them? Not that I defend that kind of behavior, but look at police officers in other parts of the world, such as our famous British friends. Many of them do not even carry a gun, simply because they do not have to fear so much to be shot at.

I would like to compare the American gun culture to the nuclear arms race during the cold war. The motto back then was: “If the others have a powerful weapon, we need a bigger one to protect us from them.” Let us see, if people will ever come to their senses and begin disarmament.

What is your opinion about private gun ownership?

It is not a secret that—along with Mexicans, Brits and Germans—Americans are the heaviest people in the world. That struck me hard when I went shopping at the food discounter Foodmax for the first time. I feel comfortable when I state that at least eighty percent of the customers there were overweight, which I found stunning because you do not get to see any of this in the America that gets exported, namely Hollywood motion pictures. Judging by the kind of food the shoppers piled up in their carts, however, it is not surprising. I moved on to shop for bread and wine at Trader Joe’s, a chain of specialty grocery stores featuring a variety of organic products. I was baffled again as the buyers there were mostly thin. The same pattern could be seen in shopping malls – the Great Mall in San Jose sports a lot more obese clientele than the Palo Alto Mall, which is located in a rather rich neighborhood.  The thing is that in the States apparently only wealthy people and relatively well to do folks can afford the luxury of preparing healthy meals and exercising regularly. Fast food, on the other hand, is dirt cheap and an easy fix for stressed out moms and overworked nurses. It also comes in huge portions, but that is not necessarily restricted to fast food.

Let me give you an example. Being a coffee addict, one of the first places for me to check out was Starbucks. (I found it rather difficult to find good local coffee shops in the area I live, but that is on another note.) Their coffee is sold in three sizes: tall, grande and venti. There is no small, there is no medium. Another example: a small portion of yummy pho, Vietnamese noodle soup, is bigger than a large portion back in Vietnam and there is no way for an untrained person to finish it. That said—if you practice hard enough and put your mind to it, anything goes. And boy, do people get to practice! Olive Garden promises a never-ending pasta bowl, chicken wings are literally sold in bucket-sized containers, and the coke you buy at the cinema might be served to you in a 32-ounce cup—that is almost a liter!

This frenzy of unhealthy diet is almost impossible to avoid. The healthiest snack one could find after 10 pm is probably a salad sporting a few leaves along with chicken, cheese and even tacos, tossed in greasy ranch dressing. Even children are not spared. It came to a point that the First Lady, Michelle Obama, started a campaign against junk food in school cafeterias, trying to promote more nutritious options like vegetable curries instead of chicken nuggets or fresh fruit instead of potato chips. Apparently, this has led to a downright “undercover market” for fast food on the playground.

At the same time, there is a huge health hype here in the United States, which is mostly practiced by members of the so called middle class. Many people believe that the only really healthy food is organic food, which is widely available, especially here in the San Francisco Bay Area. (I, too, am a supporter of the latter, but more for environmental rather than health reasons.) Furthermore, there are great gym deals such as Fitness 24, which sells memberships for as low as twenty-five dollars a month and allows you to use any of its branches nationwide. There is really no more excuse for not working out, right? Then there is the widest range of activities available that one could ever dream of. There is surfing, white water rafting, snowboarding, hiking, cycling, Bollywood dancing, rock climbing, scuba diving and yoga, to mention just a few. You name it, you got it.

On that note, I am going to go work out at the gym now, then go for a drive to Dunkin’ Doughnuts and buy myself a box of chocolate glazed, custard filled pieces of pastry to undo the damage. Cheers.